The battle restarted as Mendel picked off some of the pirates. The other pirates gathered around Cold Captain Wyther and whisked him away with a dimension door. Some of the pirates went invisible and snuck forward, whilst others, upon red-skinned leathery wings, took to the air and tried to magically ensorcell Faldak and Felix. Commands in abyssal could be heard from below, again ordering some candles to be lit. The rest of the party joined the battle against the pirates remaining on the top deck; smokestick arrows countering their invisibility, and allowing the others to attack. The pirates soon realised they were beaten and began to flee - just as two arrow demons appeared at the side of the deck, and started peppering the party from afar. 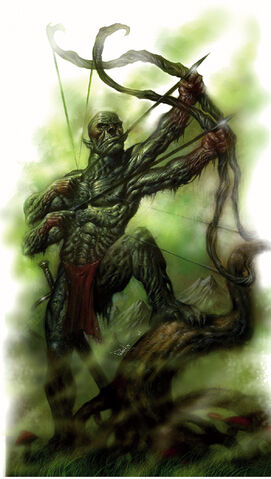 The remaining harpy from the previous encounters also appeared and sand a song of confusion at the party. The party was momentarily in disarray as Antony turned on Mendel who promptly fled, before Zhedd used his solid fog spell to remove temporarily the arrow demons from play, and Felix countersang the confusion effect giving Dacien time to capture the harpy in a resilient sphere.

Dacien got a warning through his anticipate teleportation spell that pirate reinforcements would be returning, and gathered a group around him to instead teleport to their location. He left a delayed blast fireball in the crows nest where they would appear, The blast took out one of the pirates, and seeing that the Captain was amongst them, the team decided to stay and take them on. Captain Wyther flew down and used  a suggestion to command the party to lie down helpless; Antony again succumbed to the spell and was taken out of the fight. The Captain engaged Mendel in melee, as one of his allies tried to teleport in to join him - only to be again delayed by Dacien's spell. The remaining pirate threw fireballs down at the party, whilst the arrow demon (his companion dismissed) targetted Dacien. Wyther's powers allowed him to catch Mendel unawares and stab him repeatedly. This led to a battle between the pirate captain stabbing Mendel in the spleen, and Gerald healing the spleen as quickly as he could. Without the backup from his fellow pirates, the captain could not win; and after his embarassment at the hands of Vanthus he could not retreat, Mendel cut him down. Dacien, almost felled by the arrow demon, used telekinesis to grab Wyther's body before he could be healed

On the deck below, Faldak had been leading Felix in a slaughter of the pirates gathered there. The slavering dwarf cut so many down they decided to flee, leaving a deck covered in gore. Felix found a trapdoor heading down, and they decided to explore - not before Dacien paraded Wyther's body for the base to see, and Felix called out for any remaining to flee. Mendel and Faldak picked off fleeing pirates from afar, as Dacien raised the water level to stop them using the skiffs to escape.

Once people were healed, they headed below decks through the trapdoor. A trap below drained the life energies from Antony, Mendel and Faldak. A small anteroom led to another chamber with lead-lined walls that shimmered with magic. Crates and sacks of treasure were visible, but as Antony peered around the corner, he saw a large demonic creature, one arm massively oversized, waiting to pounce.

A brief spell of combat left Faldak stunned, and Mendel heavily injured; and the party in disarray as Gerald's holy word backfired on them. Felix joined the party and tried to talk to the yagnoloth, who mentioned only that he was working for Demogorgon. Gerald managed to pause the combat with a magic circle vs evil and the party tried to negotiate; offering to free the beast. He said he knew of a means in the base to free him, but wanted healing first. When the party offered only a potion of cure moderate wounds, he wasn't impressed, and grew irritated and insulted at Mendel's tone, and refused to cooperate.

Relived that the combat had stopped, a bloodied party quickly teleported to Fort Gerard to recover.

A sullen fishing crew docked into the harbour at Crossroads, shaken by their wounds. The party offered to ensure they were healed, Mendel looking to buy their silence. Wetherby tersely agreed, and they accompanied the party to the Temple of Asterius in the city, The temple was in the design of an open market, and they were greeted by an unkempt man in rags, who introduced himself as Articulate, the high priest. He agreed to offer the men lodging and would consecrate the pool in the rear garden in the morning so that healing magic could penetrate and cleanse the vile wounds.

Dacien, looking to make amends to the fishermen, set up his mansion and invited them to stay and enjoy the refreshments.The next day, after healing, shopping and several breakfasts, the party set about planning heir assault on the pirate base. There was much debate about using the explosives they picked up from the assault on the Temple of the Frog coupled with Mendel's ballista as a long-range delivery system. but too much debate led to them resigning to just teleporting into the top of the stack of ships they had spotted and making their stand there.

Next morning, they did just that - Dacien and Zhedd taking the party in two teams. They arrived on the uppermost deck, faced by the two remaining harpies. In a reinforced crows nest above them stood a female pirate behind a ballista. Across a walkway, nested in another tree, there waited a large mutated, aranae, green pustules glistening on its carapace, and each of its feet ending in another quivering spider body.

Silence spells and arrows quickly nullified the harpies, who flew off to try and rouse the camp - calling out to "light the candles, bring help!". The pirate fired a magical ballista bolt into Dacien, which spewed acid around him like a fountain. The large aranae . closed to engage Mendel and Faldak in melee, seemingly resistant to a lot of their attacks. Antony, Harliss and Jerome climbed into the crows nest to tackle the pirate. The trio made short work of her, but not before she had ensorcelled Jerome into attacking Anthony. Felix used his glitterdust to keep the enemy from going invisible, and flew to the other side of the aranae to flank it.

Shortly, the base started to come on alert. Cold Captain Wyther flew up on one side of the ship, whilst the multilimbed demon appeared the other. Wyther waited, biding his time, until goading Harliss into firing the ballista at him. He caught the bolt with barely a blink, and with a crimson streak, suddenly appeared at he side and plunged his sword up between her ribs. Critically wounding her, she died instantly. Noticing the red liquid-containing medallion at his neck glowing when he travelled, Mendel carefully aimed an arrow at the chain, and nicked it enough to cause it to fall to his feet. Fearing the bow, the demon demanded Mendel throw his weapons over the side of the ship. His sunblade disappeared into the water, leaving Anthony to recover it, Jerome hot on his heels.

The aranae realised he was loosing his battle, instilled a psionic aversion in Felix and Faldak against spiderkind, and called out to Wyther in the abyssal tongue that he was abandoning the pirate to his fate. As it retreated, Zhedd summoned an air elemental to track it. The elemental, with a stroke of luck, managed to grapple it from the walkway - causing it to fall to the ground and die.

Growing worried, Wyther tried to charm the party, but was caught out by Dacien's spell turning. Mendle found himself friends with Wyther - but also Wyther with Dacien. Dacien called out to Wyther to call a halt to the fighting, and they agreed to parley. The captain also agreed to show Dacien a list of cities that the shadow pearls had been sent to. Not all the cities on the list had received them, after the party stopped their production on the Isle of Dread.  Wyther revealed that he was currently recruiting/press-ganging a new pirate force after Vanthus had humiliated him in battle and stolen his ship - leading to a mutiny amongst his crew. Vanthus had returned from the dead a death knight, an undead warrior. Wyther seemed more bitter that Demogorgon had given Vanthus her blessing and favour rather than him. If the party were going after Vanthus, Wyther would let them leave with his blessing - they could find the wretch on a pleasure-palace-turned-prison called Divided's Ire, on  Gaping Maw, a demiplane created by Demogorgon. Vathus has stolen the captain's ship and something called a wakeportal to get there. He had another he could sell the party if they wished.

Dacien asked to confer with his colleagues, as a cover to cast the dispel magics required to remove the charm effects (Faldak and Felix still hidden in the crows nest). Wyther agreed, as his lieutenant pirates and aranae gather around him. The dispel magic was cast....