I've been meaning to do this for a while, but I wanted to give a shout out to BrianMeyer/pain for his work at the Citadel, which is amazingly comprehensive analysis and overhauling of the scripting system for NWN2 - and importantly, some of his work, such as sifting through the apprearance constants , is really handy for other builders out there - so wanted to make sure all knew!

A face for radio, a voice for... a novelist

I had my first foray into voice-acting over the weekend, at the behest of ActorOfVeil for his planned module. Was an interesting experience, but listening to the playback, I just hope the dull monotone was what he's after! It did make me think how much of a mammoth task arranging voiceovers for a module actually is - deciding the lines of dialogue to be spoken, giving context, recording and cleaning up...

So I don't even have a voice for radio.. which I guess leaves writing..

Speaking of novelists - my main reason for posting is to highlight the imminent relesease of The Third Sign NWN2 novel conversion teaser from Hugie, based on the upcoming book from Gregory Wilson. Hugie had been planning a total book conversion, but with scope creep the way it is, and to coincide with the book's summer release, it'll be a 'teaser' of sorts to give people a feel for the story and the tone. I, with Indira Lightfoot, was only briefly involved in the periphary when Hugie looked for people to help with the project and couldn;t help as much as I would have liked due to time pressures, but having seen some of the detail going into Hugie and Greg's hybrid baby, and having had the priviledge of reading the novel prior to formal release, this is something to be excited about. It's also a unique approach to promote a book through the NWN2 module format, and to get a player involved in the character-driven story. The sheer amount of custom content including full voice acting for NPCs and specially composed music, makes this quite the tour-de-force. If people want a refresher on the background to the project, Hugie and Greg were interviewed for the (one and only) NWN podcast a few months back. I think this is a really interesting unique approach for promoting work, and also for examining the different ways of telling a story in a novel and in the computer game format, and hope it's well recieved. Saw Watchmen - couldn't wait long after it was released. Was in two minds about how I felt on a movie version, as it is kinda a quintessential comic story. But I loved it. I was amazed at how close the imagery was to the artwork, and some of the shots could almost have been lifted out of the pages. It translated really well, and had a blast watching it. A little sure at first about how they changed the ending (won't go into spoilers) but on reflection it probably fits the modern day better.

In other news, been getting back to doing some writing, which I haven't done properly in a while, and it's been fun. 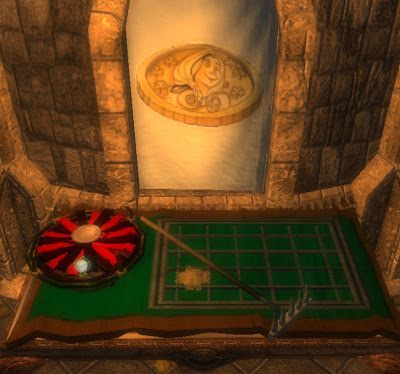