Building a head of steam

It was great to finally feel I've settled in the new house by setting up a (disturbingly clean, at least for me) computer desk, and to sit back and have the toolset open. Usually that desk is also piled high with D&D books and scribbled notes - my mind is no way near as organised as that desk. Its slow going at first, getting back into the toolset, but I liked going back to the scripting and refreshing my memory. And after feeling my way round over the first day, reacquainting myself with just what needs doing, I'm starting to pick up speed on the bug quashing and polishing.

So far I've been working my way through the bug reports and the list as transposed over to the Bioware Social Forums. Most are fairly easy, and I've finished scripting a Geminator as a way to lighten the load for all the gem loot drops you pick up out in the field. That list has almost halved, which is a great feeling. Annoying the real time sink has been going into the game to test things out, but that's good in itself to keep me testing the gameplay.

Some screenies from a testing jaunt down into the bowels of Bright Mountain - also to serve as a reminder of the great custom content I'm showcasing from the community in the campaign. Here's hoping the move to the new forums will maybe bring in new/returning NWN2 players. 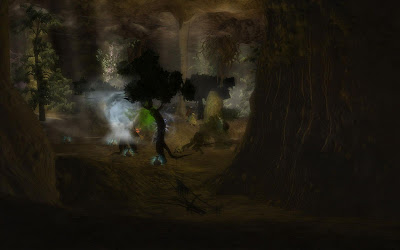 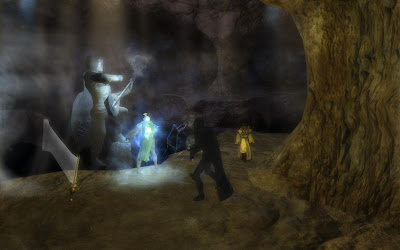 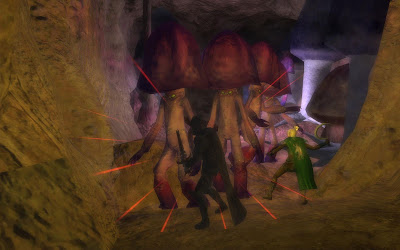 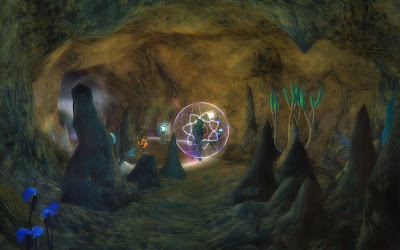 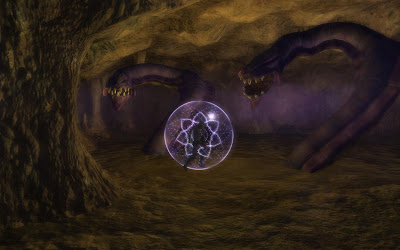 Stopped by the Something Awful site for the first time in ages and randomly noticed they had one of their WTF, D&D! articles on White Plume Mountain! Might not be to all tastes, but a bit of an insight into the module nonetheless! Plus an omen maybe..?

Finally moved in, and just managed to get computer up and running before the World Cup Final started. So hope to get an update out soon. Got quite a backlog of updates/fixes to work through (on top of the inevitable time to reacquaint myself with the toolset after the few weeks break). 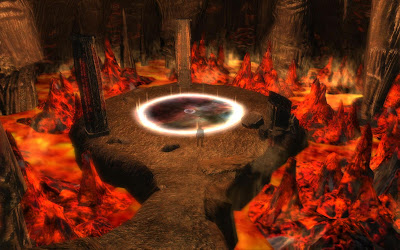 I've had one report of a tester reaching the fane (heart of the volcano, see above screenshot) of White Plume Mountain, meaning completion of two of the module conversion segments, and about as far as its possible to go in the current test version. Next up would be the final showdown in the Arena of Devastus on the Plane of Shadow where Keraptis awaits (below). Also glad to hear the miniquest of obtaining the Holy Avenger was working. 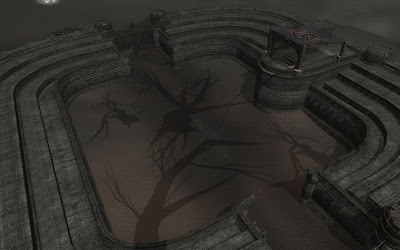 Then there are the bugs (mistyped waypoint tags) and the BUGS (beholders that are immortal despite there being no valid reason why they should be so) to iron out. bugs I am happy dealing with, but the illogical BUGS can be incredibly infuriating. With somethign teh size of WPM, i'm fuilly expecting bug reports to trickle in post release, but as long as I can solve the BUGS, I'm hoping I can get this out by August. And then , finally, to enjoy playing some of the other projects nearing completion (see blogroll, which I've been reading but not commenting on due to limited internet access - hope to make amends). Seem to be quite a few exciting sparks in the embers of NWN2, which is nice to see.

Anyone tried this? A generic RPG making software.

seems like a neat idea. Torchlight is on my list to check out too - any played that and dabbled in the mod making?


Tho maybe I'm getting ahead of myself...